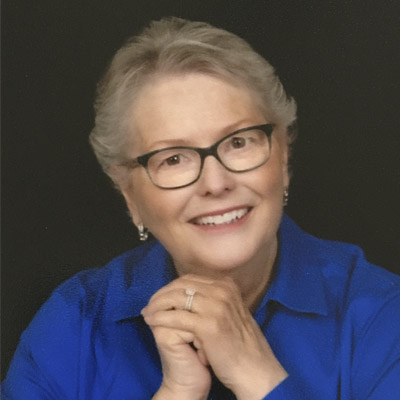 Nancy Panko is a retired pediatric RN, and author of the award-winning novels Sheltering Angels and Guiding Missal. Blueberry Moose is her first children’s book. Panko is a frequent contributor to Chicken Soup for the Soul, and is a member of the NC Scribes, The Light of Carolina Christian Writers, and The Military Writers Society of America.

Nancy and her husband migrated from Pennsylvania to North Carolina to live near their two children. They have four grandchildren and three grand-dogs. They love being in, on, or near the water of Lake Gaston with their family. 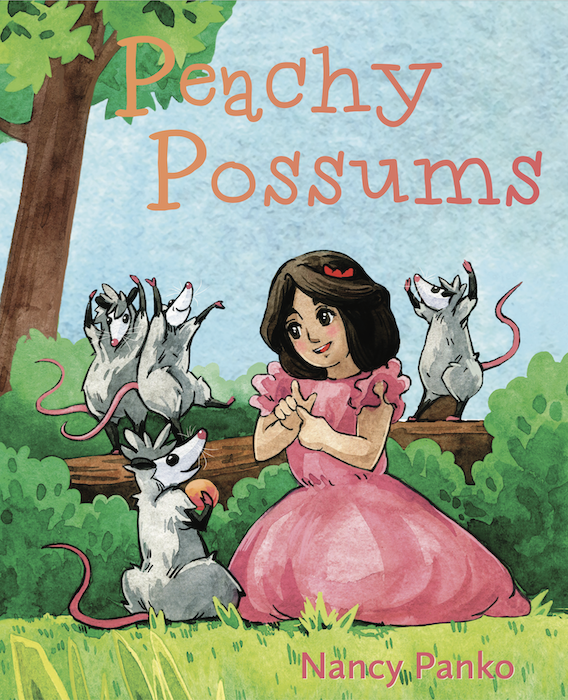 There’s nothing better than a sweet, juicy peach cobbler at the end of a summer day.

Thoughts of her mother’s cobbler fill Olivia’s head as she strolls into the family orchard to fill her basket with perfect peaches. Instead of peaches on the trees, she finds a mess of half-eaten, bruised peaches scattered on the ground.

A rowdy group of possums are eating, playing soccer, and bowling with perfectly good fruit. Olivia knows that somehow she and the possums must reach a compromise to save the orchard and have enough peaches for everyone to enjoy. 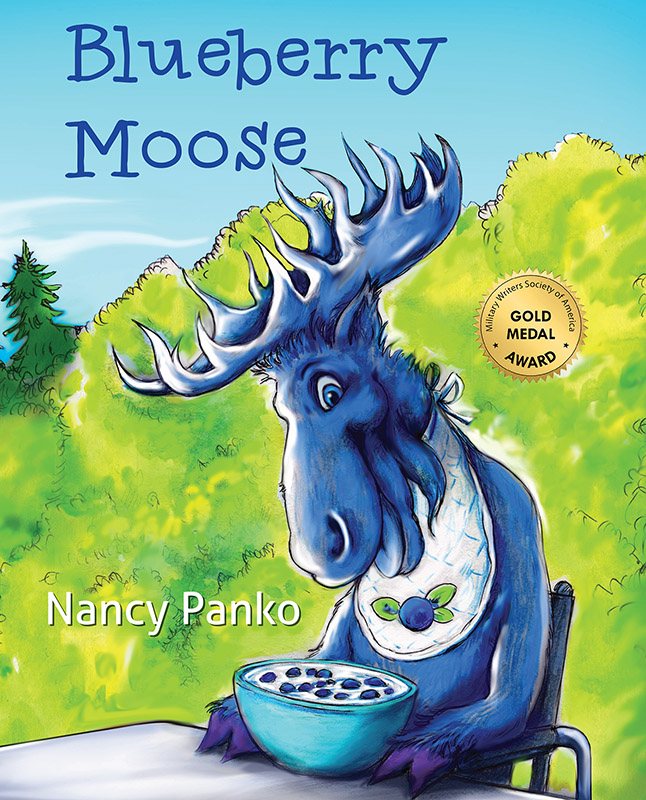 It’s a beautiful summer day in the state of Maine and when Jaxson looks out his window at his tree fort, he expects to see a chickadee, a deer, a bear, or maybe even an American eagle, but what he does see gives him a big, blue shock!

But the REAL surprise comes when Jaxson asks WHY the moose is blue! 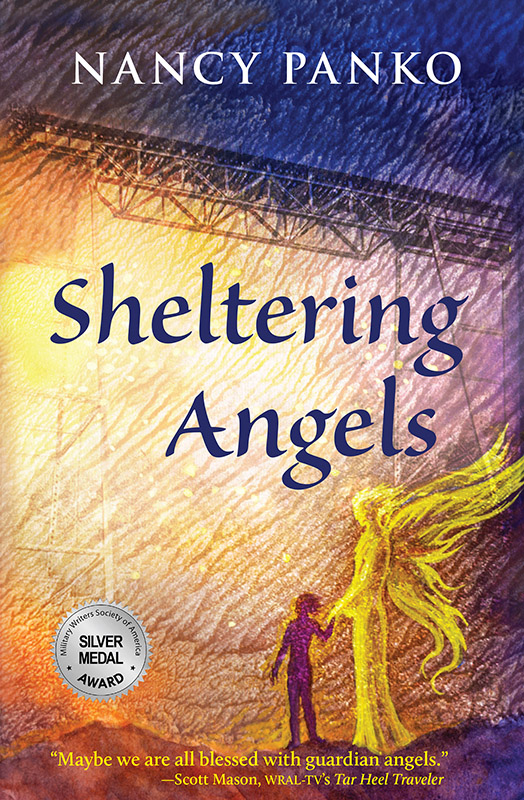 “The angels…regard our safety, undertake our defense, direct our ways, and exercise a constant solicitude that no evil befall us.”
— John Calvin, French Theologian 1509-1564

1945: Chenango County, New York Not many hard-working families living in the shadow of the Lyon Brook Railroad Bridge think about angels in their midst. However, Betsy Emig, a child on a nearby farm, is born with an unusual gift. She can see and communicate with her guardian angel. Her young parents assume their precocious daughter has an imaginary friend until the three-year-old repeatedly tells them what she sees during incidents of undeniable angelic intervention. Butch and Mary Emig evolve as parents raising five children, one with unique abilities. 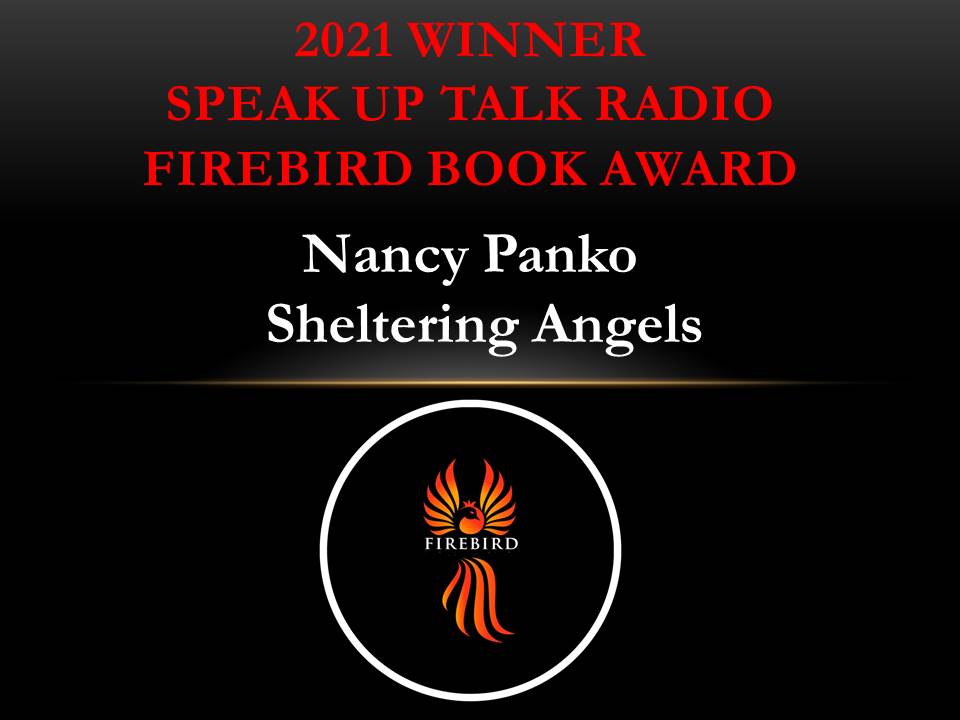 "Maybe we are all blessed with guardian angels." –Scott Mason, author of Faith and Air: The Miracle List and host of the emmy-award-winning Tar Heel Traveler TV series.

"Nancy Panko has given us a fascinating perspective of the relationship between guardian angels and the people they protect." –Military Writers Society of America Reviewer, Bob Doerr

"a remarkable story of hope, a loving family, and the angels that protect them" –BookBub Reviewer 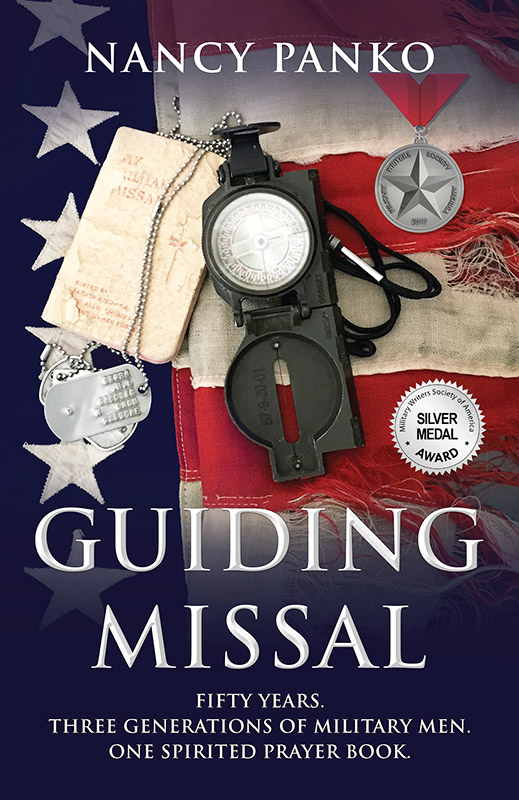 book could only talk!

Guiding Missal is based on a true story about a lively prayerbook that accompanies three military men as they live through momentous events in our nation’s history.

In 1942, George Panko is drafted into the U.S. Army and volunteers to be a forward observer conducting covert operations behind German lines during the Battle of the Bulge. In his combat jacket pocket, he carries a small prayer book, My Military Missal. The little missal provides solace as well as a running commentary on the battle and the deeds that earned George two Bronze Stars.

George’s son, Butch enlists in the United States Air Force in the 1960s. Before his son leaves for basic training, George entrusts Butch with his tattered military missal. Butch finds himself decoding top secret information in an underground bunker during the height of the Berlin Crisis. He and the little book are praying that WWIII isn’t about to break out.

Fast forward to 1991: Butch Panko’s future son-in-law, T.O Williams, overcomes a debilitating condition to enlist in the U.S.Army. In 1992, the newlywed is grateful for the well-worn prayerbook Butch gave him just before he’s deployed to Africa. He and the book find themselves plunged into an unrelenting fight for survival on the streets of war-torn Mogadishu, Somalia, during Blackhawk Down. By God’s grace, they both live to tell a miraculous story of deliverance in that hopeless situation.

Deftly combining fast-paced action with humor, history, and scenes of family tenderness, Guiding Missal is an inspiring account of God’s faithfulness in times of trouble, making it a must-read for history buffs as well as anyone who seeking hope and encouragement for self or others. 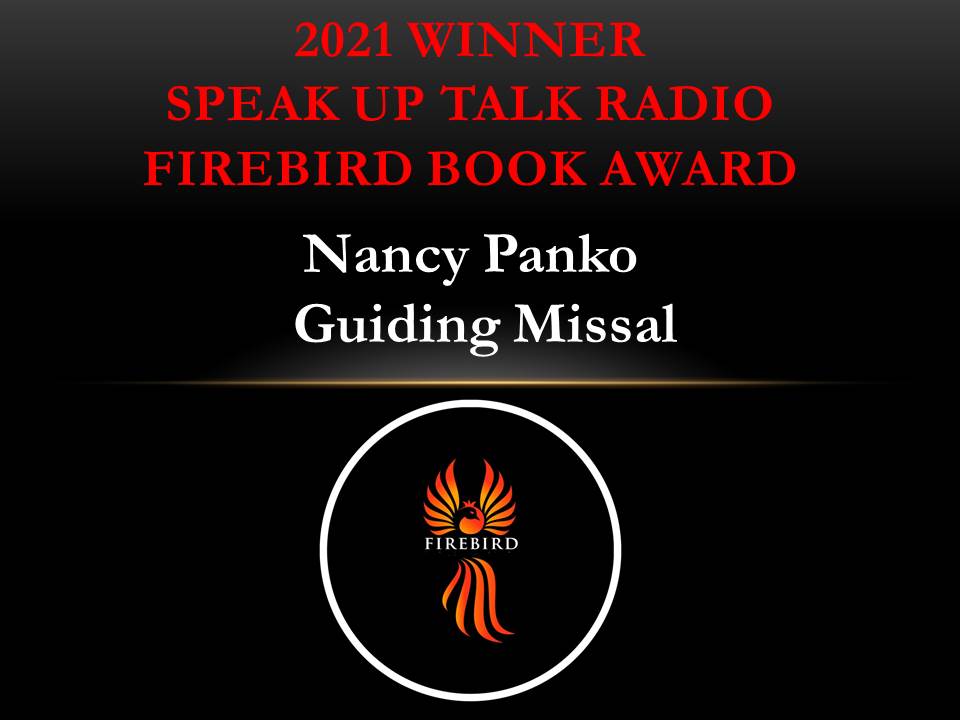 "Nancy Panko’s clever tale is as comforting as a guiding missal in one’s shirt pocket, tucked close to the heart." – Scott Mason, author of Faith and Air: The Miracle List and host of the emmy-award-winning Tar Heel Traveler TV series.

“A heartfelt tale of a family’s service to our country and devotion to God.” –Jim DeFelice, co-author of Fighting Blind and American Sniper

“...a unique, intense and reverent tribute to our troops through three modern eras. Part fantasy, part history, the experiences of three different military men are recounted by the spunky little book that was their constant companion.” –E.E. Kennedy, author of the Miss Prentice Mysteries

"A masterful storyteller, Panko weaves a soul-stirring tale of history, faith, and grace from the foxholes to the gates of heaven … absolutely stunning.” –Barbara Parentini, Inspirational author