Benk and the Ugly Princess

In this third book of the Montaland series Rose is an untouchable princess in the mountain world’s kingdom of Yospaldo, which means she will have to marry the highest bidder. 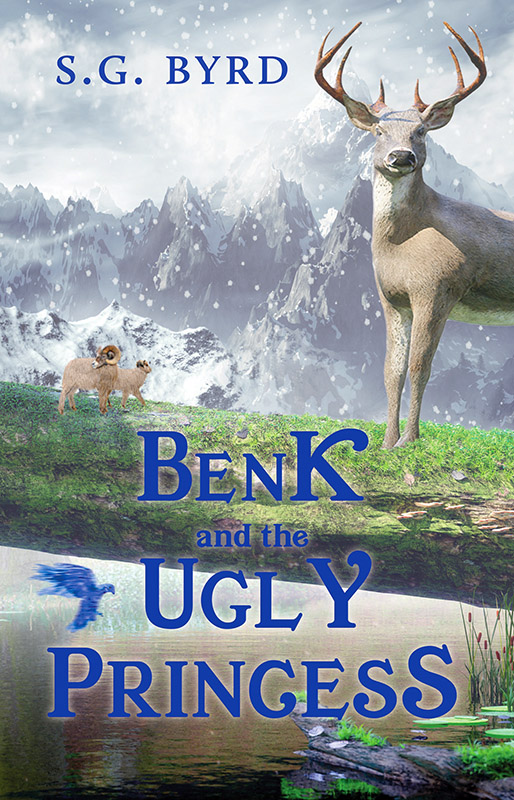 To avoid her fate, Rose makes herself ugly, but her disguise is unexpectedly blown. She escapes up a mountain, walking in a stream while the castle dogs hunt for her scent. Her feet are torn and inflamed before the dogs are killed by the high mountain wedewolves, but when the eerie wedewolf wails rise on her trail, she races through the trees in panic.

Hearing the wails, Benk knows the wedewolves are chasing someone. He finds Rose and brings her down the mountain to a deserted cabin, but he doesn’t know what to make of her. For one thing, she stinks worse every day but refuses to wash. For another, she hisses like a cat whenever he comes near her hurt feet. They need to get to Benk’s boat so that he can take her to a healer, but there are wedewolves on the porch!

Benk is the most famous scout Montaland has ever known, but will even he figure out what to do?