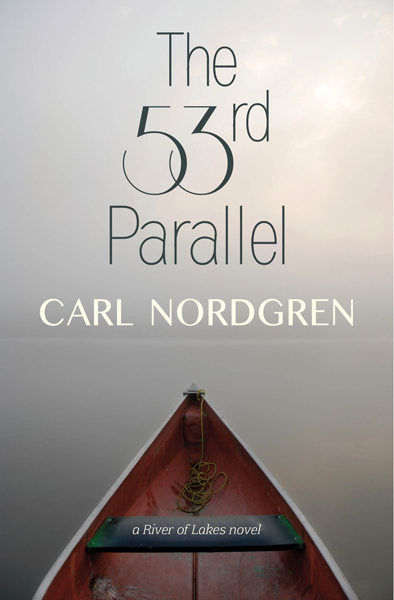 In his evocative debut novel Carl Nordgren weaves an ambitious tale about the power of dreams, the hope of new beginnings, and the dangers of ghosts who haunt our past.

Brian Burke emigrates from 1950s West Ireland to the wilderness of Northwest Ontario with his partner Maureen O Toole. He's been exiled from his village, and she is running from her IRA past. The dreams of an Ojibway clan elder bring the Irish to the sacred place on the River, where they build The Great Lodge of Innish Cove.

The dreams tell of a white man who will destroy the River and another who will protect it. While the Ojibway believe Brian and Maureen are the River s guardians, Maureen s IRA connections and the construction of a pulp mill upstream threaten to destroy the newly created Eden before it even begins.

Under the watchful eye of a warrior spirit, the clan and their Irish companions risk all they love to protect the River and the promises it holds for their future. The fates of the two groups will intertwine as both seek to ward off the encroachment of the modern world.

In The 53rd Parallel readers will find a rich tapestry that weaves together the literary influences of such giants as Peter Matthiessen, Ken Kesey, Jack London, and Ernest Hemingway (whose son appears in Book 2 of the River of Lakes series).