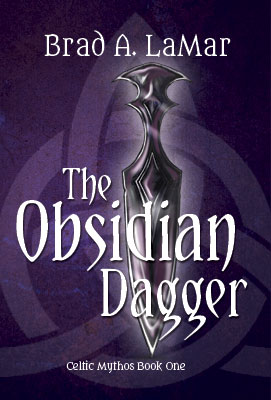 When a mad witch with a magically crafted and frightfully powerful Obsidian Dagger threatens to obliterate humanity and overtake the magic clans of the Celtic Isles, destiny forces 17-year-old American, Brendan O'Neal, and his younger sister, Lizzie, to intervene.

Joining the desperate princess of the Leprechauns, Dorian, and her two loyal companions, Rory and Biddy, they embark on a dangerous and wondrous adventure across Ireland and Scotland to thwart the witch and save mankind.

Battling the witch's mutated forces of magical beings, the heroic band will have to reach deeper into themselves than they ever thought possible to find the strength, courage, and will to see their quest through to the end. Brendan will soon learn that the lines between reality, mythology, and divinity are more blurred than he ever imagined.