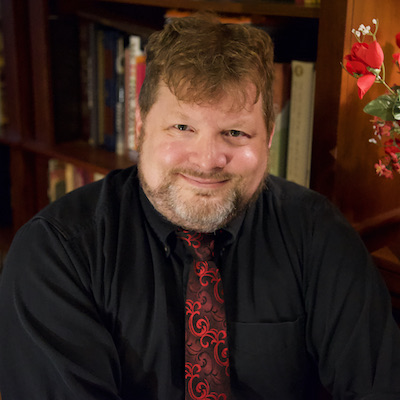 Dean Backus is the solo author or co-author of over eleven plays, one of which (Thus With A Kiss) was a runner-up for Best Play at the 1993 Seattle New Playwright’s festival, and another of which won Best Play at the 1996 San Fransisco Fringe Festival (Is This Seat Taken?). Other play titles produced in Seattle, Tacoma, Berkeley and San Francisco include Him, Jumping the Broom (co-scr., BATA winner), Alec in Wonderland, The Vampers, The P.A. Cooley Show (co-scr.), You, You & You (co-scr.), Sexy Shorts (co-scr.), The Duboce Triangle: A Gay Soap Opera (But Isn’t That Redundant?) (co-scr.), and Pure. His work in San Francisco has been staged at the Alcazar, the Exit, the Shelton, Theater Rhinoceros, the New Conservatory, and Josie’s Cabaret. He has completed three screenplays currently in various stages of development in Hollywood: Darts and Flowers, Unaccompanied, and Big Pimpin’. He is the author of numerous award-winning short stories, one of which appeared in Alyson’s 1998 anthology Wilma Loves Betty, and was featured in the book Gay Marriage Real Life (2006) by Michelle Bates Deakin. He has also worked as an award-winning essayist (Frontiers magazine), freelance journalist (The Oregonian, The Backlot.com), poet (“Just Like Matthew,” a tribute to Matthew Shepard), lyricist, and filmmaker. He resides outside of Portland, Oregon with his partner, Jonathan.