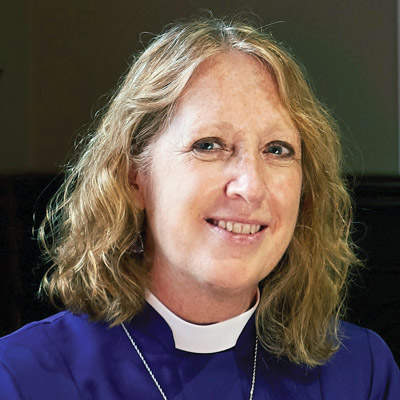 Cathleen Bascom is the 10th bishop – and its first woman bishop – of the Episcopal Diocese of Kansas, serving since March 2019. She also serves on the the Episcopal Church’s Task Force on Creation Care and has increased the diocese’s initives in this area during her time in office.

Before becoming bishop she spent four years as an assistant professor of religion for four years at Waldorf University and a priest for 28 years in various Episcopal parishes between the Great Lakes and the Rockies.

Cathleen also served as dean of the Cathedral Church of St. Paul in Des Moines, Iowa, where she and the cathedral aided in recovery efforts during the flood of 2008 and were named Urban Stewards of the Year for the installation of an urban prairie green-space. These experiences are imaginatively tapped in Of Green Stuff Woven.

Cathleen, who completed an MFA in Creative Writing and Environment at Iowa State University in 2017 and tends to collect degrees in English Literature and Theology, has contributed chapters to the books Hungry Heart and Expressions of Religious Experience in C.S. Lewis’ Chronicles of Narnia.

She intends to be a writing bishop, with more Green Stuff Stories to come! 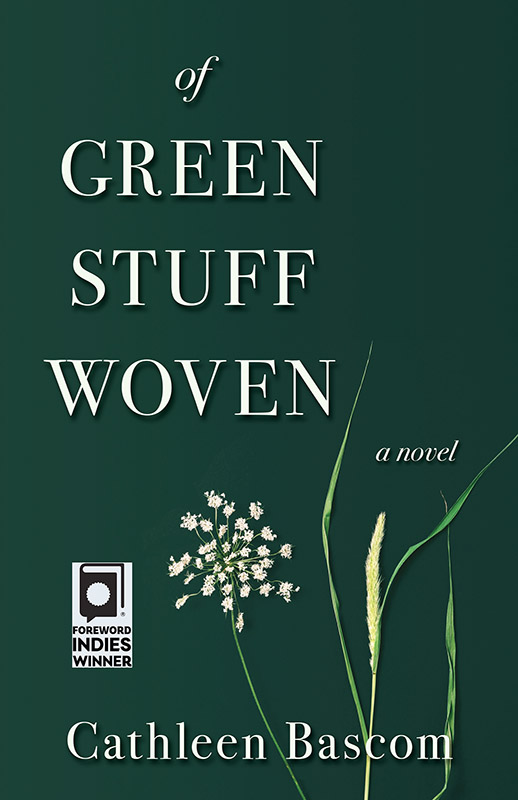 Around the globe, small bands of eco-activists are working to save one reef, one rain forest, one river at a time. Of Green Stuff Woven depicts a group of native gardeners who are restoring tall grass prairie on land connected to their historic Episcopal cathedral in the middle of the financial district in Des Moines, Iowa. They are approached by hotel developers and are caught between their passion for the prairie and their need for money to repair their crumbling cathedral. Of course, the parish’s largest donor stands to profit from the deal! The creation? Or the cash? As flood waters rise, so do the stakes of their choice.

Of Green Stuff Woven springs from the experience of two devastating floods and of the burgeoning prairie restoration movement. Told by Brigid Brenchley – kind and quirky cathedral dean – it is Brigid’s tale but also the story of a faith community: hardworking plant enthusiasts, parishioners of varied persuasions; the bishop; the mayor; and most importantly a beloved cathedral member who loses his home and life to the flood. All converge like spokes in the spinning wheel of this decision. The book articulates the depths of Anglican spirituality that undergird creation care ministry, while compassion highlights the plight of threatened plant species and people vulnerable to climate events, and challenges us all to examine the decisions we make in the stewardship of our land.

It does all this while taking readers on a good ecclesiastical romp and retaining realistic hope.