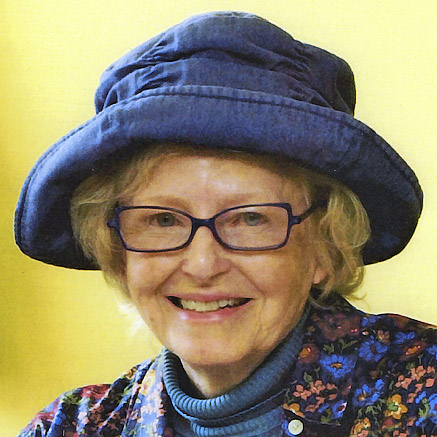 Catharine Fleming McKenty grew up in thirties on her grandparent’s farm Donlands, beside the Don river in Toronto – on Don Mills Road then a two lane country road. She attended Bishop Strachan School where she won academic scholarships in both French and German. For her post secondary education, Catharine chose Victoria College at the University of Toronto where she majored in English under Northrop Frye.

Catharine spent four winters as a volunteer in the mining area of post-war Germany with an international group of young people involved in reconstruction. She served as researcher for Pace, a magazine for young people, based in Los Angeles and New York, and linked with the international musical group Up With People. Next came a stint as a speechwriter for the Ontario Minister of Education in Toronto. At that time she met her future husband, author-broadcaster Neil McKenty on the dance floor.

Catharine worked at the Reader’s Digest; she published Polly of Bridgewater Farm: An Unknown Irish Story; worked alongside Neil on the biography of John Main; and with Neil co-authored a best-seller on the early days of Laurentian skiing: Skiing Legends and the Laurentian Lodge Club.  She also helped Neil write his story, The Inside Story, where he reveals his life long struggles with bi-polar disorder.

In her latest book, Riding The Elephant, Catharine examines the influences that helped her to maintain her sanity and the sanctity of marriage with a talented and troubled husband. Now living in Montreal, Catharine is passionate about sharing her experiences with bi-polar disorder. She aims to empower others who care deeply about someone affected with bipolar disorder.

Surviving and loving in a bipolar marriage 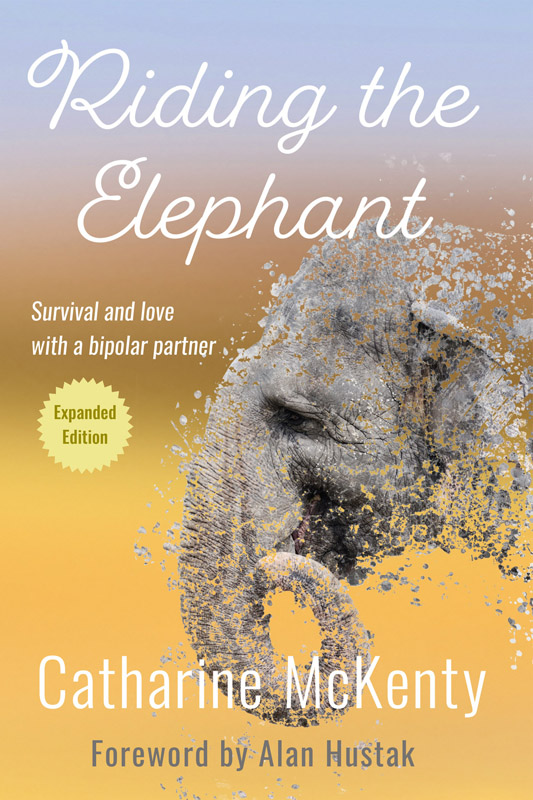 Host of Montreal’s top-rated English radio talk show, Neil McKenty appeared rational, balanced and a calming influence in any crisis. Would anyone have believed that this sparkling public figure was very different behind closed doors?

They met on the dance floor: he, a former Jesuit; she, grand-daughter of a two-time mayor of Toronto. Raised by her single mother, Catharine left the staid life of tea-parties for reconciliation work in post-war Europe. As a journalist for Pace, a magazine for adventurous youth of the 1960s, she conquered Los Angeles from the wheel of a pink Jaguar, unearthing a scoop that resulted in a best-selling book and Hollywood movie.

Friends applauded that Catharine had found her intellectual equal. When her new husband’s outbursts began, she attributed it to the stresses of married life. People knew little about mental illness in those days. It was far too uncomfortable to talk about. The word bipolar was virtually unknown.

Together the McKentys wrote two best-selling books, rubbed shoulders with prime ministers, and worked closely with spiritual elites. Sandwiched between the couple’s many accomplishments were Neil’s suicidal depression and Catharine’s desperate attempts to cope.

Catharine examines the influences that helped her to maintain her sanity and the sanctity of marriage with a talented and troubled husband. She aims to empower others who care deeply about someone affected with bipolar disorder.

This is the story of an idylic irish childhood torn asunder by the famine of 1847, and the trials of emigration to a new life in Canada. 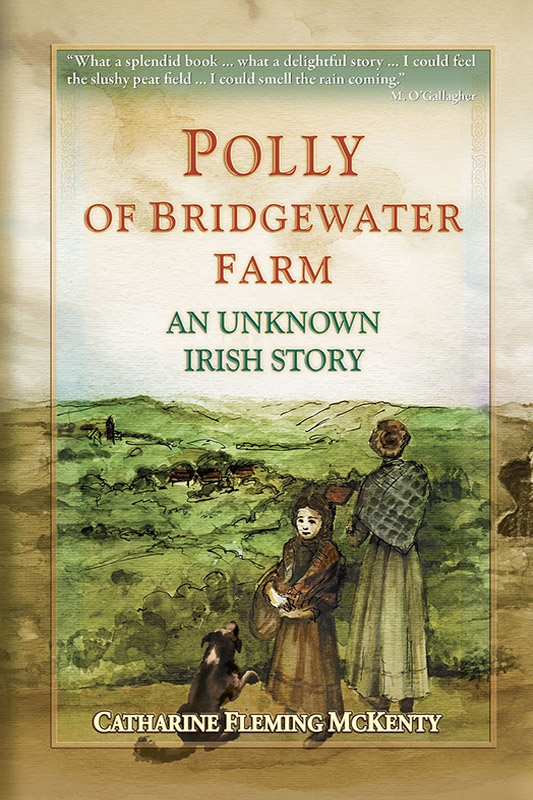 It was on her father’s farm, on the old Coach Road between Dromore and Enniskillen, that Polly spent an idyllic two years with her parents, George and Jane Noble. Then Disaster struck. On January 6, 1839, the infamous ‘Big Wind’ rose out of the sea and swept across Ireland, wailing like a thousand banshees. It flattened whole villages, burned down farm houses, and finally killed her father. It changed Polly’s life forever.

Only 10 years old, Polly was on her way to a new life in Canada. After an appalling voyage, during which some of the passengers, including Polly’s darling little brother and sister died, they docked at Grosse-Île, the quarantine station on the St. Lawrence River, about an hour from Quebec.

After three years in Montreal, where she met her future husband, Polly was now ready for her next adventure in a vast unknown land called Canada. Her destiny would be linked with a dozen children who had lost their mothers, one of them a future mayor of Toronto.

What a splendid book ... what a delightful story ... I could feel the slushy peat field ... I could smell the rain coming. M. O’Gallagher

We need more books like this that speak of hope in the midst of adversity. Nigel Frith, Principal Omagh Integrated College, Omagh, Northern Ireland

I loved the book. It made me feel part of this family. Evelyn West Past President, Clogher Historical Society, Monahan, rep. of Ireland

I've never seen a book like it. Mickey McGuinness Co-ordinator of the Community, History, and Heritage Project, Derry, Northern Ireland 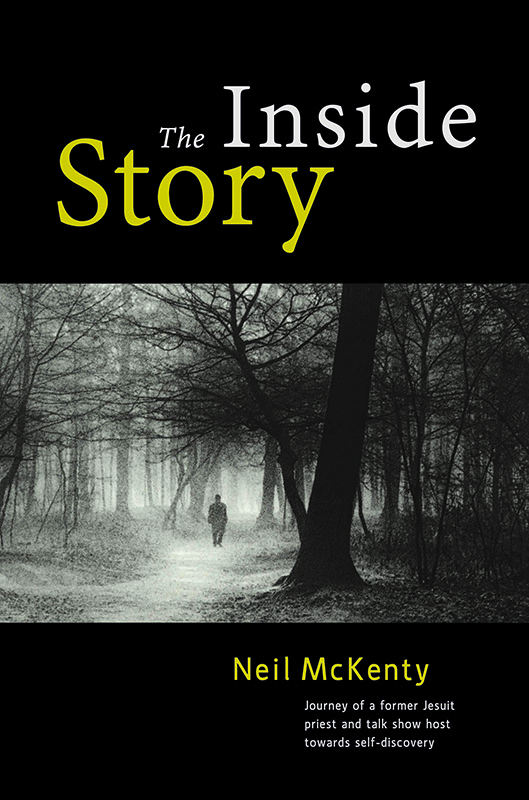 A book for anyone on the journey to wholeness. A story of toxic religion, sex and celibacy, drinking and depression, and how they led towards self-discovery and spiritual awakening.

“A compelling testimony to our capacity for spiritual transformation in the face of overwhelming odds. McKenty’s story is both inspirational and gut-wrenchingly honest. Highly recommended.”
– Tom Harpur, Syndicated Columnist and bestselling author

...and the Laurentian Lodge Club

This book invites you to curl up beside the fire and journey to a time when Montrealers skied down Peel Street and the Laurentians were "the wild west" of Quebec. 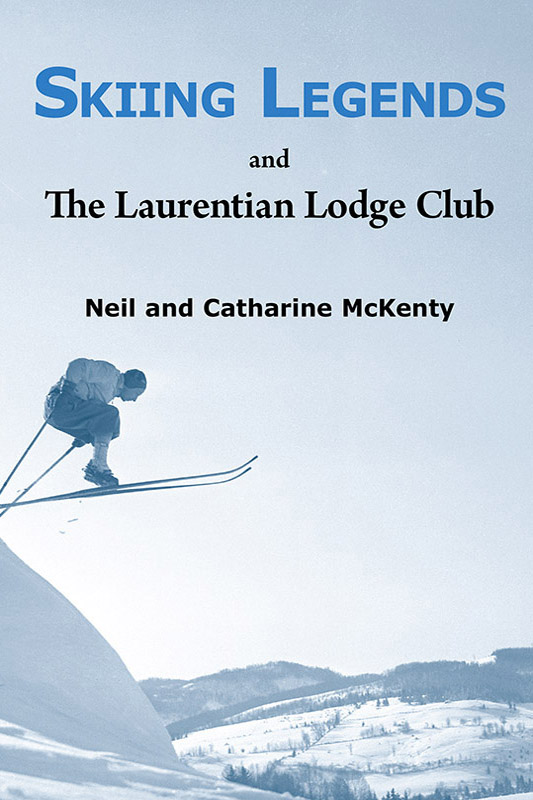 For two expatriate Torontonians, Neil and Catharine McKenty, this journey begins at the Laurentian Lodge Club in Shawbridge, now Prévost. There we meet skiing legends like "Jackrabbit" Johannsen, Harry Pangman and Barbara Kemp.

With them we discover the perils of "Foster's Folly", the world's fi rst ski tow, we climb Mont Tremblant in the Thirties and we ride the ski trains with their smells of wax, orange peels and cigar smoke. And we also meet those earlier legends, the larger-than-life Curé Labelle, and the tragic Viscount D'Ivry who lived in a magnifi cent chateau on the shores of Lac-Manitou. This is also the story of how the Laurentians helped Montrealers weather two World Wars and the Depression. It's a great story and the authors have told it well. Neil McKenty liked to argue just for the hell of it.

During the 1970’s and 80s he was one of Montreal’s highest rated radio talk show hosts. At the peak of his career more than 75,000 people tuned in to CJAD to hear his show, Exchange. ‘The basic exchange on Exchange, is not between the listeners and Neil McKenty,” he once explained. “It is between the listeners. If the host sets up the chemistry, the show goes on its own momentum, and I am almost on the sidelines. On the other hand, I am in the entertainment business. If I bore my listeners, I’m dead.” The material collected in this book focuses on the years he moderated, infuriated, provoked and entertained his listeners.