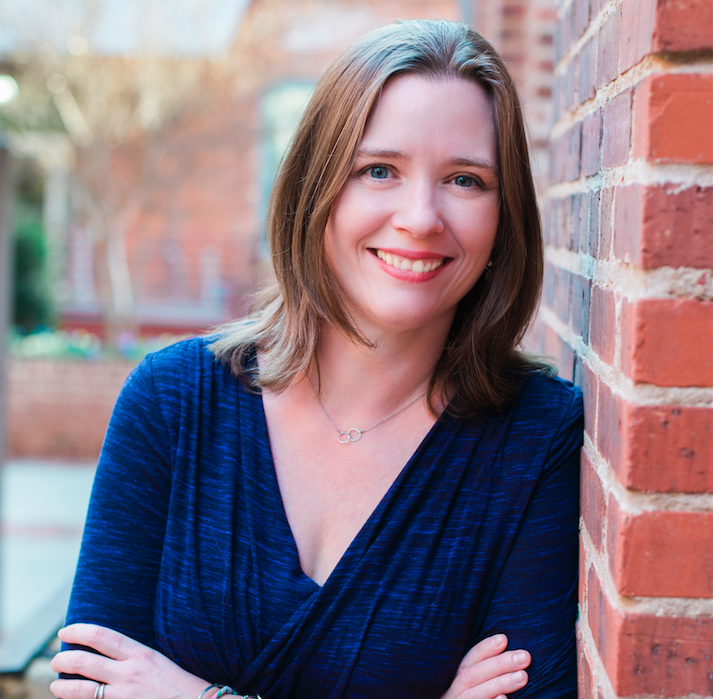 In her writing, Kate Rademacher explores the ways that we can listen for and respond to God’s call. She grew up outside of Boston and now lives in Chapel Hill, North Carolina with her family.

Kate’s debut memoir Following the Red Bird describes how she came to embrace a relationship with God after maintaining a pick-and-choose approach to spirituality for many years.Married to a devout Buddhist, Rademacher was sitting on a cushion at her husband’s meditation center one day when Jesus appeared unexpectedly in her consciousness and called her to follow him. She was baptized a year later to the day.

In her memoir, Kate draws from her readings of some of the great faith and spirituality giants such as C.S. Lewis, Thomas Merton, Thomas A. Kempis, and Dietrich Bonhoeffer. She also finds inspiration in the work of modern authors like Elizabeth Gilbert, Kathleen Norris, Barbara Brown Taylor, and Parker J. Palmer.

Kate’s second book, Their Faces Shone: A Foster Parent’s Lessons on Loving and Letting Go was released in August 2020 by Light Messages Publishing. She is currently working on her third book, Reclaiming Rest: The Promise of Sabbath, Solitude, and Stillness in a Nonstop World.