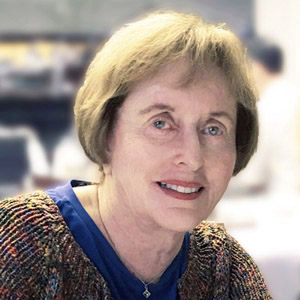 Nancy Boyarsky is the bestselling author of the award-winning Nicole Graves Mysteries.

Reviews compared The Swap to the mysteries of Mary Higgins Clark and praised Nancy for contributing to the "women-driven mystery field with panache" (Foreword Reviews) as well as for their "hold-onto-the-bar roller coaster" plots (RT Book Reviews). Kirkus had special praise for The Bequest, concluding, "Boyarsky's weightless complications expertly combine menace with bling, making the heroine's adventures both nightmarish and dreamy." In Liar Liar, Foreword Reviews falls once more for the "tough and likable protagonist Nicole Graves" and Midwest Book Review praises the "exquisite tension" throughout the story.

Before turning to mysteries, Nancy coauthored Backroom Politics, a New York Times notable book, with her husband, Bill Boyarsky. She has written several textbooks on the justice system as well as articles for publications including the Los Angeles Times, Forbes, and McCall’s. She also contributed to political anthologies, including In the Running, about women’s political campaigns. In addition to her writing career, she was communications director for political affairs for ARCO. Her debut novel The Swap—book one of the Nicole Graves Mysteries—won the prestigious Eric Hoffer award for Best Micro Press Book of the Year.

In response to the controversial and incendiary themes explored in Liar Liar, Nancy Boyarsky was invited to present at the American Library Association Annual Conference in 2018 on "Women-Driven Mysteries in a Post #MeToo World." In her latest novel, "Boyarsky’s imagination serves up a court case that plays with expectations during an era where we push to believe women, resulting in some real bad baddies whom it feels good to root against." (Foreword Reviews).

Nancy has been a writer and editor for her entire working career. She coauthored Backroom Politics, a New York Times notable book, with her husband, Bill Boyarsky. She has written textbooks on the justice system and contributed to anthologies, including In the Running about women’s political campaigns and The Challenge of California. She has also written for the Los Angeles Times, West magazine, Forbes, McCalls,  Playgirl, Westways, and other publications. She was communications director for political affairs for ARCO.

In addition to writing mysteries, Nancy is producer and director of the “Inside Golden State Politics” podcast.