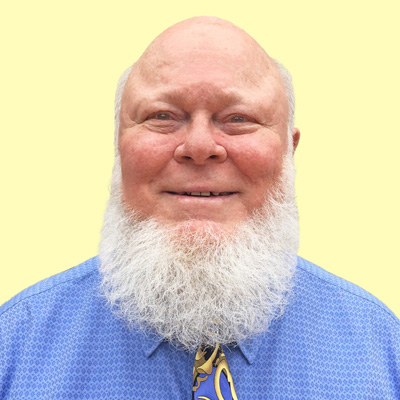 Wally Turnbull was born and raised in Haiti where he resided until 1963 when he left to pursue his education in the United States. He received his BA in Psychology from Rockford College in 1970 and his MFA in photography from Ohio University in 1972. He returned to Haiti with his wife Betty in 1972 where the couple worked until 2003 in rural education and self-help with the Baptist Haiti Mission.

In 1978, Wally received a Diplôme de Citation from the Haitian Department of Education for his work in rural education. He also received an award of distinction from Rockford College in 1983 for his humanitarian work in Haiti.

His Creole Made Easy language series has been widely acclaimed as the easiest and fastest way to learn to communicate in Haitian Creole. It is used by numerous institutions to communicated with those who speak Creole and to train those going to work in Haiti.

Wally now lives in Durham, NC with his wife, Betty, where they enjoy serving their church family, volunteering in their community, and “bringing to light meaningful books” through Light Messages and Torchflame Books.