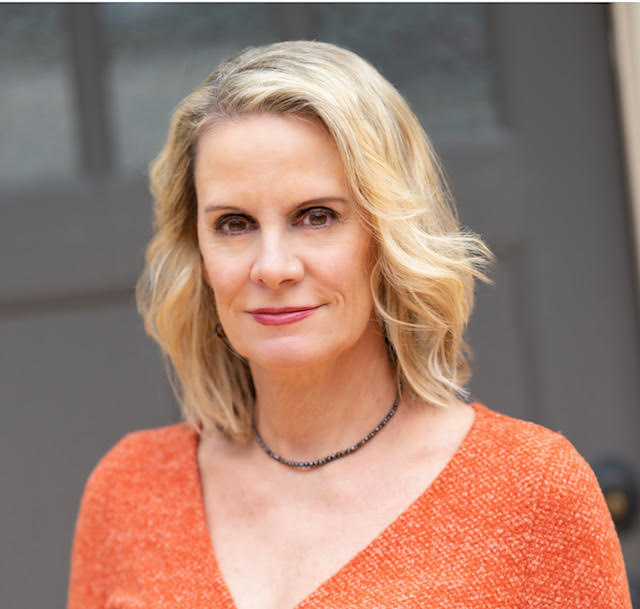 Amanda Lamb is a veteran television crime reporter with three decades of experience. She works for an award-winning NBC affiliate in the southeast. She also appears on a regular basis on national news magazine programs and networks which feature crime stories. She has recently taken on a new role as the host and producer of a true-crime podcast called Follow the Truth which features an in-depth investigation into high-profile cases.

While Amanda has written and published nine nonfiction books. Dead Last was her fiction debut and is the first of the Maddie Arnette Novels followed by Lies That Bind. No Wake Zone is the third novel in the Maddie Arnette mystery series which continues a crime reporter’s journey to find truth and justice not only in the cases she covers, but also in her own complicated personal backstory.

The Maddie Arnette novels were born out of Amanda's many years of experience covering the crime beat. Amanda is also the author of three true-crime books based on murder cases she covered for WRAL, including Deadly Dose, Evil Next Door, and Love Lies. She has published four memoirs, one about caregiving and three about parenting, including The Living Room, I Love You to God and Back, Girls Gone Child, and Smotherhood. Amanda has penned two children’s books, including a storybook version of I Love You to God and Back and We Are Not the Same.

In 2019, Amanda started Stage Might Communications, a consulting company designed to coach people who are making presentations from the boardroom to the ballroom. She also writes a weekly blog on WRAL’s website called “Go Ask Mom.” To learn more about Amanda and her work, visit alambauthor.com. You can also find her on Facebook under @wralAmandaLamb or under @stagemight and on Twitter @alamb and Instagram @wral_amanda_lamb.

Amanda is originally from the Philadelphia area and holds an undergraduate degree from Duke University and a graduate degree in journalism from Northwestern University. She is the married mother of two precocious young women and one enthusiastic poodle.

Praise for the Maddie Arnette Novels:

"Maddie is likable and believable…  this debut shows enough promise to encourage readers to follow along if it turns into a series." –Kirkus Reviews 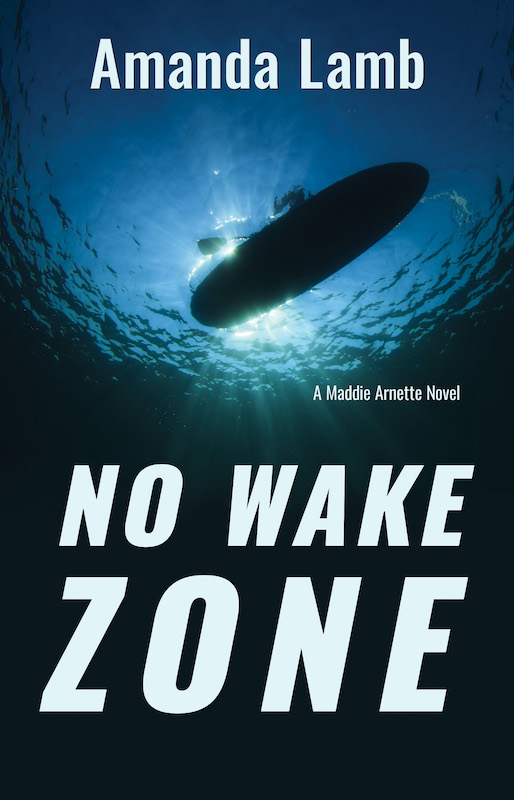 "An intriguing read with the salty tang of realism that could only come from someone who can walk the walk and talk the talk."  –Douglas Skelton, author of the Rebecca Connelly crime series

After a near brush with death, Maddie Arnette heads to the charming coastal town of Cape Mayson, North Carolina to heal. She temporarily trades in her microphone for a paddleboard. But when she finds a dead man floating in the water, her sabbatical turns into a quest for the truth.

When the police call the death an accidental drowning, Maddie is not convinced. Everyone in the small town seems to know something about what happened, and they all seem scared. Maddie is determined to unravel the complicated web of secrets.

Wherever she turns, she seems to unearth a new, uncomfortable truth. This even seeps into her personal life when new evidence comes to light about her mother's murder. Maddie's father has spent decades in prison for the crime, and she grows increasingly suspicious that he might be innocent. Maddie must continue to confront the ghosts of her past as she seeks justice for two men: one in a watery grave and one behind bars.

No Wake Zone is book three of the gripping Maddie Arnette crime novels by Amanda Lamb, a veteran television crime reporter, author, and blogger for an award-winning NBC affiliate in the southeast. Each book in the series can be read as a stand-alone or in order of publication. Amanda Lamb has published ten books in dramatically different genres from true crimes to touching and humorous memoirs to children's books. From murder cases to motherhood, Amanda examines life through the lens of a curious journalist who is constantly observing and documenting.

Fans of Megan Miranda and Kimberly McCreight will be captivated by Maddie's unrelenting search for the truth. Now available in paperback, ebook, and audiobook format.

"Amanda Lamb’s writing is so vivid, readers can just about smell the salty ocean water and feel its gentle breeze as Maddie Arnette methodically unravels the diabolical murder conspiracy.  A perfect beach read!” –Steven B. Epstein, author of Murder on Birchleaf Drive and Evil at Lake Seminole

"Amanda Lamb’s brilliant writing keeps you on the edge of your seat right to the very end! No Wake Zone is a riveting novel filled with unexpected twists and turns with one mystery after another to unveil the truth. ... This is a must-read!" –Holly Richard, author of One Hundred and Twenty-Six Days, The Unthinkable Journey 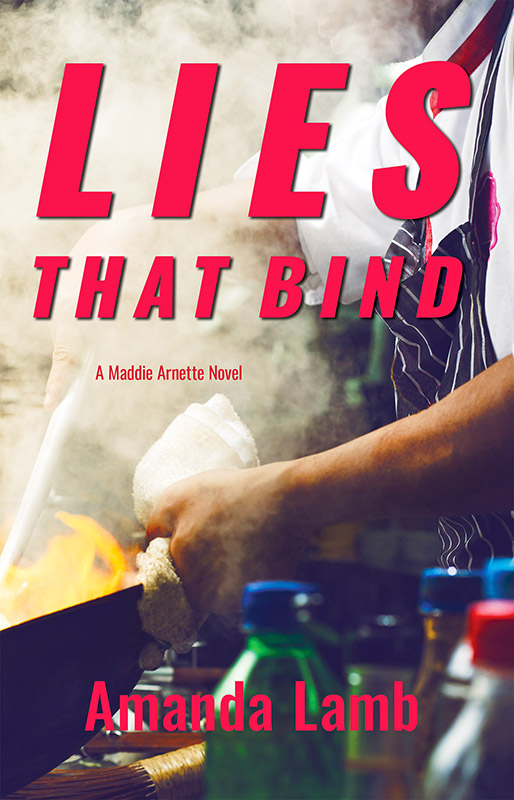 Maddie’s past is about to catch up to her...

Maddie Arnette has built her whole life around the narrative that her father murdered her mother. When a woman in the grocery store claims that Maddie’s father did not kill her mother, the revelation forces the journalist toward a reckoning. Is it possible that her father has sat in prison for almost forty years for a crime he did not commit? And if he didn’t do it, who did?

Maddie barely has time to absorb this earth-shattering news when she is called to report on what appears to be a suicide. Tilly Dawson is found shot to death on her driveway, a gun by her side. But right away something about the situation doesn’t feel right to Maddie. Before long, the tough television reporter finds herself delving once more into a dark world of violence, secrets and intrigue.

Maddie’s journey to find the truth in her own life parallels her journey to seek justice for Tilly. This time around Maddie must put her own life on the line to ensure that truth will prevail. 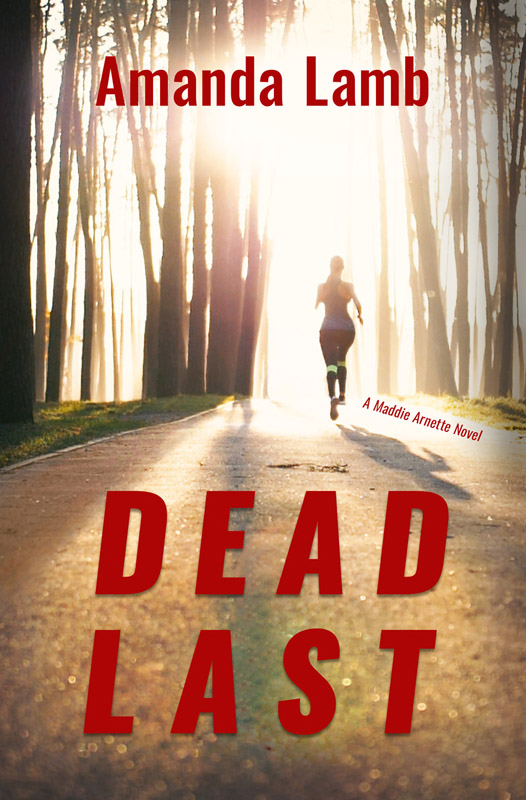 Maddie is likable and believable…  this debut shows enough promise to encourage readers to follow along if it turns into a series. ~Kirkus Reviews

Maddie Arnette traded in her hard-news crime reporting for softer, feel-good features after her husband’s death. But her lifelong addiction to the dark side of journalism, bolstered by years of meeting sources in back alleys and visiting grisly crime scenes, still clamors for Maddie’s attention.

When Suzanne Parker falls to the pavement in front of Maddie during the Oak City Marathon, Maddie assumes it’s an accident. That is, until Suzanne whispers words that make Maddie’s skin go cold: my husband is trying to kill me.

Maddie’s personal experience with domestic violence in her family connects her to Suzanne in a way that she can’t ignore. Soon, Maddie’s allegiance to protecting her new friend and discovering the truth about Suzanne’s husband becomes an obsession, one that leads her down a dangerous path. When someone turns up dead, Maddie finally realizes she is all in again with crime reporting, but this time she may be in over her head.

Dead Last is the first in the new exciting Maddie Arnette Novels series.